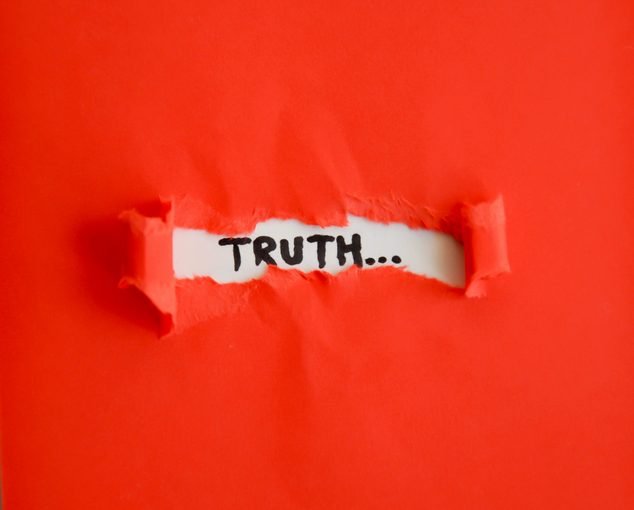 “There is no “truth”… truth is not one thing…” Adrienne Rich

I battle when it comes to claiming one thing as “truth.” A friend with a PhD in theology once told me he had a professor that claimed we all “pick and choose” when it comes to Bible interpretation: women in authority, women wearing jewelry, pro-life or pro-choice, and the LGBT community are the obvious “pickings and choosing’s” on both sides.

What about helping the poor and a life driven by values. But which values? We all pick and choose” which values we will abide by.

I wonder if the issue is more about meaning than it is about truth. “All things living are in search of a better world,“ writes Karl Popper. I often find those in engulfed in their version of the truth are often those that do the most damage to the world in deference to “their” truth. Just two examples: the Crusades and Jihads.

“The need of reason is not inspired by the quest for truth but by the quest for meaning. And truth and meaning are not the same. The basic fallacy, taking precedence over all specific metaphysical fallacies, is to interpret meaning on the model of truth.”

Let’s be “truthful” (pun intended), truth is illusive, cultural, based on human experience, and settled on most often by what you have been told rather than what you have deeply pondered and considered. Remember Alan Jones… “Most of us have second-hand beliefs?”

I would love to say there is one truth: Love. But even then I cannot prove it. Not every human being believes it. So, It becomes “my belief.”

Yes, I “pick and choose” what I believe, those few things I consider to be truth. And so do you. We all do. We choose that which is consistent to our experience and culture. Oddly, that belief then becomes true, for you. It determines the values and beliefs by which you will manage your life.

“Knowledge consists in the search for truth — the search for objectively true, explanatory theories. It is not the search for certainty. To err is human. All human knowledge is fallible and therefore uncertain. It follows that we must distinguish sharply between truth and certainty.” Karl Popper

Popper leads us down a good road, one in which we can live in harmony with our personal core while at the same time be open to the truth that different people abide by different truths.

It’s Up to You

Photo courtesy of adrian825 at istockphoto