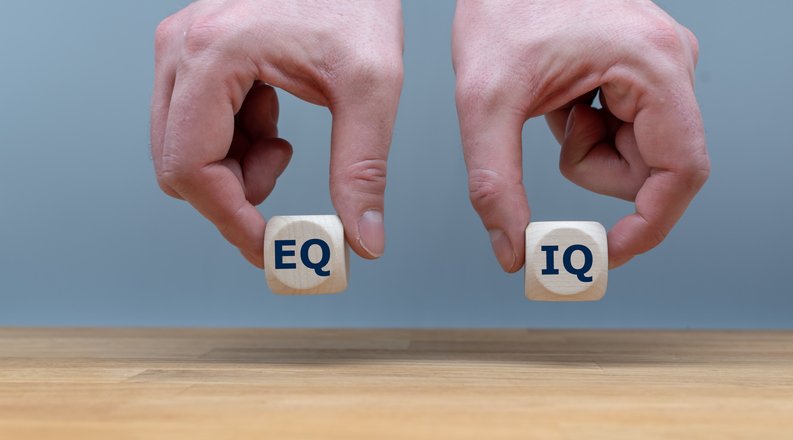 “We have the technology of an advanced civilization balancing precariously on an emotional base that has not developed much since we dwelt in caves.” Alain De Botton

David Whyte writes, “Maturity is the ability to live fully and equally in multiple contexts.” The developed world seems to depend almost exclusively on reason, technology and science. Emotions are not only ignored, they are castigated by most intellectuals. And, understandably so, because the craft of being an “intellectual” is founded on fact and reason.

And yet our emotions are, in reality, the prime driver of most of our decisions. I recently read somewhere that most wars have been the result of an emotional reaction. De Botton adds to this thought with, “We have the appetites and destructive furies of primitive primates who have come into possession of thermonuclear warheads.” Scary thought!

David Whyte was bang on with his observation that maturity is a matter of living in multiple contexts, including reason and emotion. This thought assumes that we have devised opportunities to develop our emotions as well as our reason, science and technology. According to De Botton we have failed at doing so.

However, I think we are living in an innovative time that emotions are just beginning (with some) to be recognized as a valued means for making decisions and acting on impulse or intuition. The rise of the well-crafted works on Emotional Intelligence gives me hope that we are evolving. Yet… the state of the world leads me to believe we have so, so far yet to go.

What is needed is a congruence of mind in a quest to cultivate both reason and emotion as dualistic allies when it comes to the art of knowledge and understanding.

What I find most personally impactful is the merging of reason and feeling in the past decade, especially in the last two years. Recently I have experienced a profound new involvement with a Feminine Muse. Emotions and feelings have taken a much stronger position in how I interpret reality and, as a result, how I respond with heart assuming precedence over head.

However, after much thought I have realized that reason is still a powerful tool in my mind shed. I think I prefer the ideas of softness and stillness to emotions. For emotions not in control are ever so dangerous. The same is true with reason without emotions.

It is neither one nor the other but rather a dedicated and intentional both/and.

Note the difference between controlling emotions and denying them. When we are taught, as children, to control our emotions what is most generally intended is to ignore them. That is wrong thinking. My emotions must always come into play as I attempt to decipher life’s ways.

In churches we are taught to guard against such “emotional outbreaks” but never consider the commands for love and compassion and kindness as emotions to be cultivated.

Ergo, the heart… and the head. Both lead to truth and influence.

It is Time to Admit It:

Emotions are Both Powerful and Very Real

Photo courtesy of Fokusiert at istockphoto

NOTE: Both De Botton and Whyte quotes are lifted from Maria Popova at Brain Pickings.