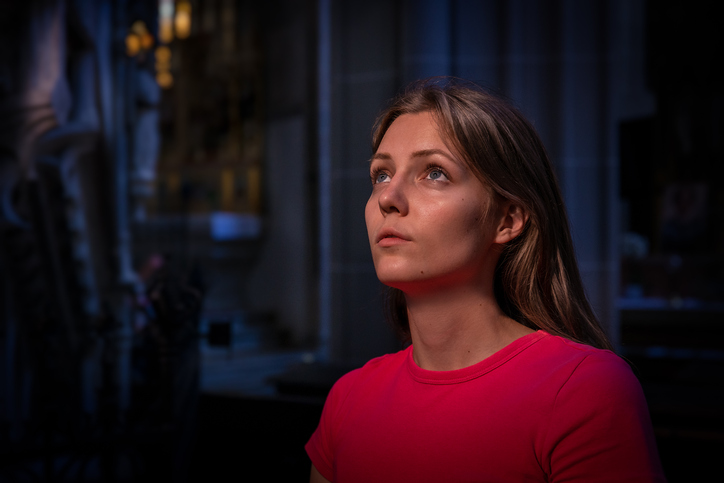 “The notion that God can be intimately affected, that He possesses not merely intelligence and will, but also feeling and pathos, basically defines the prophetic consciousness of God…” Abraham Heschel

The Bible is confusing.

Today, many of us continue to focus on God’s love, forgiveness, and universal grace. However, such thinking seems to be less and less common. In fact, I might say, with some confidence, that a significant number of people in the USA have become dissolutioned with a patriarchal God who seems to be more interested in punishment, anger, and what appears to be vengeance than it does about love.

As a result, Americans are abandoning their once deeply held religious heritage. In these tumultuous times we live in today it is not difficult to understand the confusion. Unfortunately, I am not sure the alternative—if there is one.

Yes, the Old Testament can be brutal. But so can the New Testament.

As a result, we frequently end up with a “General Patton” view of God—an angry white male, full of rage, with an either “my way or the highway of hell” approach to religion.

Where Do We Turn in These Times?

For me, I have been returning to the faith conclusions of the late medieval Christian mystics who were sparred much of the nonsensical theology that has emerged post Age of Reason and the Enlightenment. For it was in these later days of intellectualism that Reason become the adjudicating factor regarding what is true and untrue about the ontological essence of the Holy.

In seminary I was taught what is called “propositional revelation.” That is, God is what God does. But there is another, and perhaps even truer, methodology of revelation. And that is via “experience with God.” According to the Center of Action and Contemplation three important modes of learning determine how we derive spiritual truths: experience, tradition, and Scripture. I have found that an integration of these three modes to be an excellent guidepost for heart, spirit, and mind.

In this simple model we evaluate our personal experience in life with God and the personal experiences of others; we consider thousands of years old traditions and intently seek clarity before changing any of them, and finally we turn to the divinely inspired text (Scripture) intended to lead us to love… of God and of other people.

When read in detail, the stories of the biblical texts are not difficult to think that God acts based on vengeance and retribution. BUT after more than one year of deep reading of the OT Prophets (Isiah, Jeremiah, Ezekiel and a number of what is called the Minor Prophets, I have learned: ” Every, Every, Every time God allows his people to be ravaged in a war, harassed, abused, and exiled it is for the purpose of regaining the love and covenantal relationship of a people who have abandoned him for decades. God is a God a suffering… with his people, because of his people, and for his people (on the cross).

God “feels” and “suffers” just as we do. Created in the image of God, this is obvious, but most often ignored.

It seems to me that God desires one primary thing: the return of his love from his created ones. The Episcopal Eucharistic prayer opens with the clause: “In your infinite love you created us for yourself.” Creation was intended to be a haven of pleasure and love and intimacy. Humans, endowed with free will, chose another path and that put us in the situation we have endured since early in the creation story until this day.

So here we are today: abominably brutal war in the Ukraine, political divide, rampant hostility toward one another, inflation, and the further pushing down of the poor.

Where is God, we ask? I, however, believe we are right where he wants us to be. In need. We have become comfortable with the benefits of the American way. Who needs God when the world is moderately stable?

Return to Me So I Can Return to You

Is out current world and personal experiences a call of God? As it is written, “Return to me so that I can return to you.” This Christian life is participatory, God calls… and then waits for his lovers to respond seeking intimacy and union. God is slow to anger, says the Scripture, and he is often slower than we like in responding. But he is for sure. The history of the Bible is one of return to the gracious action of God in devastating circumstances.

And it is not only possible, but likely, that a devoted return to the love of God will change your mind and your heart. And this is right where God wants a wayward people to be.

When Considering the Work of God

It is About Personal Love, Not Release from Calamity