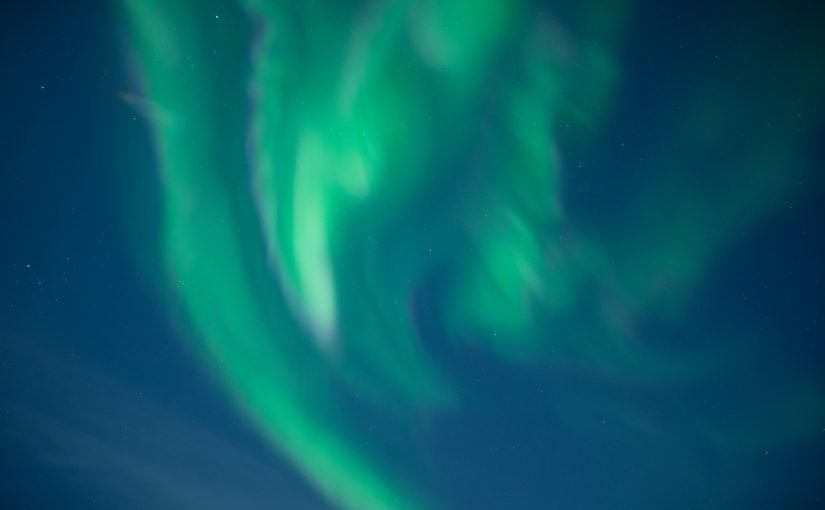 It’s not surprising the airport was snowed in when my flight arrived. My destination, Tromso, Norway, lies one hundred twenty-five miles north of the Arctic Circle—the northern most city in the world with a population above fifty thousand. Because Tromso was too snowy for landing, we were forced to touch down a bit south in Andenes, a four-hour bus ride from Tromso. Evidently, my adventure was to begin before I even got off the airplane.

Adventure. Yes, adventure. I consciously try to embrace an attitude of adventure whenever I travel, especially overseas which I do at least two times each year. But adventure is not limited to travel. I discovered that I needed only a change in my daily mindset, requiring a Paradigm Shift, a change in perception, a shift from an inconvenience to a challenging opportunity. I like the word adventure because it redefines troublesome times. Hassle becomes fun or even exciting.

The bus ride from Andenes to Tromso was a delight, although ladened with complications. I was the very last person to board the very last bus. I was fortunate. Not only did I make it on the bus, I was also lucky to sit next to a gorgeous young woman from Spain with her two companions in the seats in front of us. A nice treat for an old man.

The woman spoke very little English, and I even less Spanish, so I chose to sit back and enjoy a couple hours of eavesdropping on a Spanish conversation between the young women, not understanding a single word but able to track well with all those delightful non-verbal’s of laughter, thoughtfulness and most certainly gossip. I am still surprised how much I enjoyed the gossip—even in a foreign language without understanding a word. I would guess that gossip might be the most common form of communication in any language. I think it’s part of our DNA.

Attempting to fulfill a long-time desire to see the Northern Lights I selected Tromso as my headquarters to “chase the lights.” Chasing the lights is a term used by local companies that fill up vans or buses and head out in the evening in search of clear skies and a prayer that the fickle Aurora Borealis decides to show off. There is no guarantee of seeing the lights, even on multiple attempts. So an expensive crap shoot. How fun!

At six the following evening I boarded a van with ten fellow adventurists in hope of seeing the lights. The van itself was a light-hunting machine with gadgets and an experienced guide that communicated regularly with their other two vans traveling in locations other than ours in search of clear skies. That night we chased clear skies until three in the morning with no sign of lights. The skies were too cloudy.

But, on the following night we were charmed with a rare sighting. Not only did we see an abundance of lights in their usual state looking like a delicious green cloud, we were privileged to witness the lights “dance.” A dance occurs only four or five times each month.

I was standing about a hundred feet from the unused road, my boots and cold feet buried in nearly a foot of snow, when the surprise began. I was admiring a long, thin strand of green light when suddenly two opaque and perfectly shaped 360° circles on either end of the green strand began moving rapidly toward one another until they converged into one circle, then BANG!

That convergence initiated what is known as a dance in which the strand of lights begin moving from right to left shifting shapes and finally exploding with multicolors of purples and pinks and greens. It was unlike anything I had envisioned or hoped for. The other two vans had joined us in time and all that could be heard was screaming with joy and a plethora of “Oh My God’s.” The lights danced for only one minute or so, but will continue to dance in my head for years to come.

Yes, one more opportunity to assuage my addiction to adventure—maybe one of my finest opportunities yet!

Waits for You Daily

2 thoughts on “Surprise Landings: An Adventure”