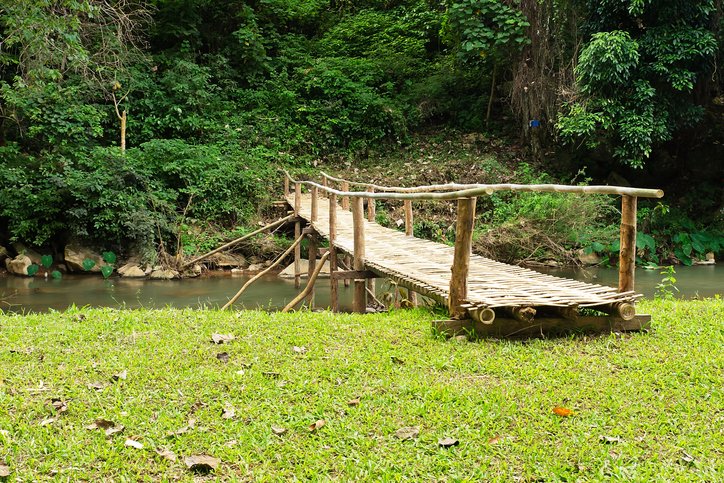 We ought to have the humility to admit we do not know all about ourselves, that we are not experts at running our lives. ― Thomas Merton

On his album East Ashville Hardware singer/songwriter David Wilcox tells the story of a carpenter in search of work somewhere in rural America. To his luck, he comes upon a farmer looking to build a fence.

The farmer explained to the carpenter that after a horrific argument with his neighbor, once his best friend, he had decided to build a fence to separate them permanently. Anger and pride had already spoilt their friendship. A fence could be the grand finale.

The carpenter told the farmer he could certainly build that fence, but the job might require more wood. He said that he could get started while the farmer went into town to get more wood.

When the farmer returned from town he was shocked to discover the carpenter had finished the job. But, instead of a fence, he built a bridge. Before he could vent his anger with the carpenter the farmer looked to see his neighbor crossing over the bridge.

“That’s a courageous thing you did there. I don’t think I coulda done that myself. Can you ever forgive me?”

“Ah, hell,” said the farmer, “of course I can. We were both acting pretty stupid.”

Isn’t that what we all need at times? A bridge builder?

With all the anger and vitriol we have stored up in our wounded egos, it is no wonder that the safety of a fence is so comforting. Just keep the problems and the problem-people away, we think, and we’ll be just fine.

But we won’t be fine. Truth be told, we’ll be even worse off because as Thomas Merton implies, we are our own worse doctors. We don’t really know our deepest and most inner, and sometimes selfish, selves. As a result, we are frequently “not experts at running our own lives.”

It takes a great act of humility to admit we were wrong, or at least, that we played a role in breaking down a relationship of some sort.

In a world filled with insecurity and intent on building fences, what we really need are bridge builders.

When the World Wants Fences

Maybe a Bridge Builder is the Better Answer

Photo courtesy of wiphong_nub at istockphoto

One thought on “Needed: Bridge Builders!”