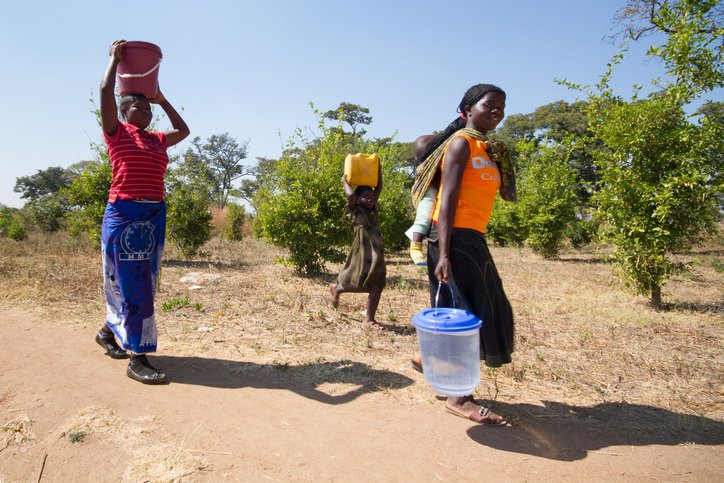 “Okay,” the nurse informed me, “you’ll need shots for Hepatitis A and B, Yellow Fever and pills for Malaria.” Geez. You’d think I was Indiana Jones heading out on some trek through the deepest jungles of Africa. On second thought, I was, indeed, headed for several outlying villages in Africa. But I’m flying Business Class. Doesn’t that mean anything to mosquitoes? Like I’m important or something?

And to think that only six months ago I was whining about post-retirement boredom. After two years of trying to figure out how to carry on with passion and purpose I think I have found a solution: Be patient and pay attention, always with an eye for opportunity. Then when the right prospect comes along, Just Show Up!

The World and Water

Recently I invited Nick Jordan, Founder of Wells of Life, to chat with me on my podcast, The Next Chapter with Charlie. A plethora of information is easy to find regarding the use of unclean water in the world, resulting in death or serious disease. For instance, the World Health Organization (WHO) reports that by 2025 one-half the world’s population will be living in water-stressed areas.

“Charlie, did you know the average woman in Uganda walks six hours every day to bring jugs of dirty water back home to her village?” Nick advised us. “In addition the girls are forced to tag along to gather firewood. That means no women to take care of the villages (as if the men would do that) and only boys are in school.”

Unacceptable! But that, indeed, is life in the 3rd World.

He told us that for a bit of cash we could build a well in Uganda that would bring clean water to 1000 people for twenty-five years. Clean water not only saves lives it also radically changes the lives of entire villages, especially the women and younger girls.

Considering that my family’s charity is directed toward women, children and education this was a no-brainer. We built four wells, with more to come. So in at least four villages women are back home and the girls are in school.

Now, I’ll soon be on my way to Uganda to view our wells and film my first documentary. Yea, I am taking some gear to film with my iPhone—a stabilizer to mount the phone camera to prevent unsteadiness, a microphone, and a self-taught lesson on iMovie to edit the 2-4 minute piece.

If I’ve learned anything in 67 years it is to never say no to something I want to do just because I’ve never done it before. What’s the worse that could happen: I could totally fail and waste a couple hundred bucks. Where’s the big deal? The most likely scenario is that I will figure it out and produce a short video that Wells of Life could use to promote their worthy cause.

I’ll just show up and let what happens happen.

Why is it that the older I get the more experimental I get? As I see it there are three primary choices to older life (if you are healthy): (1) Sit around watching TV and complain that your life is boring and unfulfilling, (2) live a rich and bountiful life with family and friends, or (3) to try new and crazy things that might have never occurred to you in the years you were raising a family and working.

I’m hard-wired to do a bit of number 2 and a lot of number 3. I started painting at 60 years old, starting traveling with intent to learning about other cultures at 62 and now documentary making at 67. I’ve concluded that I am in the Autumn Season of life when I still have energy, curiosity, and appreciation of beauty. However it did take me a couple years to put it all together. I was most familiar with a business schedule that ultimately provided my meaning in life. That had to change in this ridiculous thing called retirement. I didn’t retire. I merely discovered new ways to bring me fulfillment.

Why not Just show Up? I’ve little to lose and the world to gain.

Be Patient, Pay Attention, and

6 thoughts on “Just Show Up”