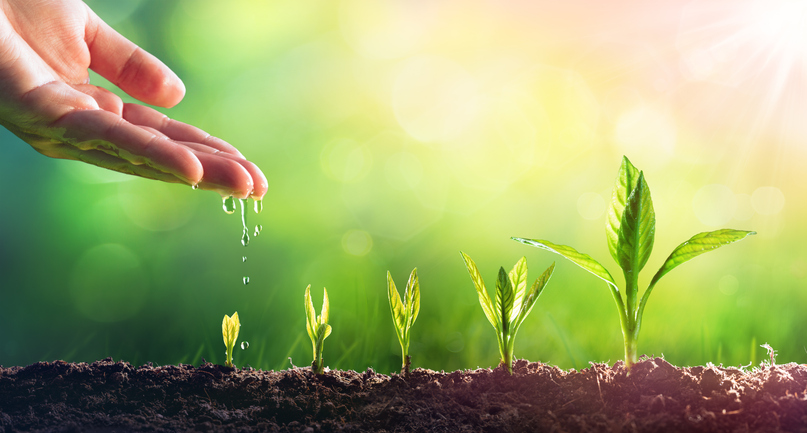 “The key to successful leadership today is influence, not authority.” Ken Blanchard

It was scientist/theologian Ilia Delio who first introduced me to what she calls the Newtonian Paradigm and how this has been the model for organizational structure as well as deep personal growth for several centuries.

According to Delio, Newton proposed, quite successfully, a model of “control” in which matters like predictability, certainty, and hierarchy set the stage for human development, both personally and collectively.

And it has worked well for a long time. Predictability and hierarchy are commonly accepted processes for attaining our desired result. But the problem is… in the 21st Century we have seen a rapid demise in all three elements (predictability, certainty, and hierarchy). All three have proven to be questionable because of the rapid rate of invention, new technology, and spiritual and political uncertainties.

The problem says Delio, is that static, control-oriented paradigms “have no inner capacity for fundamental transformation.”

It seems that another even more powerful force has entered the equation for growth and transformation: Influence! Personally, I have little desire to “change” anyone by means of rules and controls. That methodology no longer resonates with our rather independent, self-seeking culture.

So, instead of “making rules,” I like “planting seeds.” Seeds inspire growth; rules result in rejection and push-back.

Circle of Concern or Circle of Influence

Perhaps I can make the point clearer with an example from Stephen Covey, in his classic book: The 7 Habits of Highly Effective People. Covey talks about two important circles in our lives: The Circle of Concern and The Circle of Influence.

Picture in your mind a large circle within which we write the title “Concern.” Within that large circle is a much, much tinier circle that we call “Influence.” Too many of us feel inundated with so many do-do’s and worries that we spend much of our time in the Circle of Concern without any tools to deal with the issue.

Covey suggests an entirely different approach: focus only on that which you have some form of Influence, the place where you yourself can implement strategies, processes, and techniques.

The message: the circle you focus on will determine your future health and productivity. Focus on Influence and that circle grows slowly diminishing the effects of Concern. However, a strong focus on concern and worry can be deadly to the amount of influence you want in your world.

So, what will it be…

Newton and Control or New Era and Influence

Photo courtesy of RomoloTavani at istockphoto