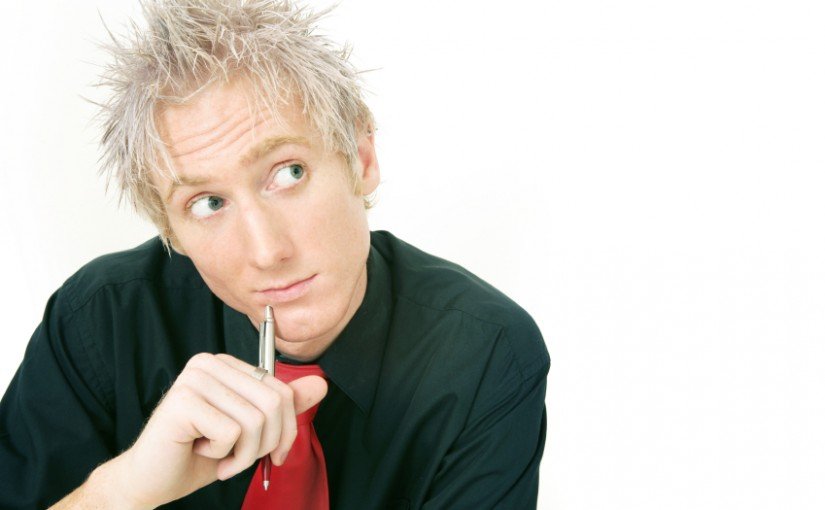 The most interesting people are those who are also hugely interested in life and other people.

I’ve heard it said that there is no such thing as a boring conversation, only bored and disinterested participants

Larry King and Bob Costas, on a radio interview, once said that people with the greatest interviewing skills can make a conversation with anyone interesting.

Costas once had a job where he was to randomly walk up to a table at a comedy club and conduct a 15 minute interview with an unknown couple that would be live on radio. Both King and Costas agreed that only inordinately interested interviewers could pull off such a thing. Using both verbal and non-verbal skills Costas could quickly focus on a subject the couple cared about deeply and delve into it for 15 minutes.

There is no such thing as a boring conversation, only bored and disinterested participants.

Wow! I want to get that good at conversing, don’t you? You would never go to a boring party or dinner or lunch. (Haha) I think one of the very important keys is to always keep in mind that the subject of the conversation is NOT YOU! The subject is the person you are talking to.

The result? You quickly gain a reputation for being a fabulous person to get together with. People will like you because you made them feel so good just talking to you.

One of the things that makes this theme so vital is that so many people feel under appreciated, unheard, and/or unimportant. In fact, the very basics of human need include (1) being a valued member of a valued group (or society in general), (2) having a voice that is heard, and (3) having a feeling of self-respect. When people feel listened to, these needs are met.

Viola! A contented person! And You made it so! Simply because you listened and paid attention to someone else because you were genuinely interested in them.

Being interested is not limited to relations with other people. It includes being “generally” interested wherever you are. To do this you have to have Curiosity. Few characteristics excite me more than curiosity. I am obsessively curious about myriad things, from adventure to science, literature to theater, in addition to health, diet, working out, meditation, writing, and film.

Let’s take film. I’ve explored the crafts of acting, screen writing, directing, editing, photography and more. For example I watched a series called Director’s Chair by Robert Rodriguez (who also wrote Desperado and Spy Kids and a bunch of great others including Sin City). Robert did a 2-part interview with Quentin Tarantino. OMG. I learned so much about the craft of creating a film from scratch.

As a side note Robert filmed Quentin revealing for the first time the opening scene of Kill Bill 2. I had goosebumps watching Q be so excited about how this film would turn out.

The secret to being a curious person is merely hearing or seeing something you know little about and asking questions—even if the subject seems uninteresting. You’d be shocked at how interesting the seemingly most uninteresting subject can become. Things like touring a cheese producing factory, a lengthy conversation about the electrical system of a cement factory, learning what pitchers and catchers talk about in a dugout, and a ton more. It does, however, require keeping a giant open mind. My best manufacturing factory touring experience this year was watching spaceships being built. Yikes!!! It was incredible.

Once you have accumulated a large “brain-book” on all sorts of thoughts, philosophies, manufacturing, and who knows what else, what happens? You gradually become a more interesting person yourself. You can interact with others on a vast array of topics. You can speak intelligently and ask even more knowledgeable questions since you know so much more than you once did.

When it comes to learning I believe in both diversity and singularity. (Another example of my proclivity for ambiguity.) I want to learn oh-so widely while at the same time digging deep into varied subjects. I am certainly no specialist on any one subject area, nor do I want to be.

A question just occurred to me: given a choice which would you prefer: (1) to be interesting (like the “most interesting beer-drinking man the in the world”), or (2) would you rather be a voraciously interested person? It’s probably an unfair question because you can’t really be one without the other.

You Gotta Be “Here”

Perhaps if you were to view every experience, or shoot, every minute of every day as a Learning Experience—an opportunity to discover something new or insightful or… interesting, your life would be ever-so exciting. The problem is this requires diligent focus and being totally present in the present. Personally I find this difficult because I have such a frenzied “monkey brain.” I seem to spend sooo much time thinking. Yea, just thinking. My thoughts are everywhere but “here.”

However, I’m not always like that. For instance, right now as I write this I am on a train from San Diego, CA to Orange County. For most of the trip the train travels alongside the ocean. Every four or five minutes I find myself gazing out the window at the sea or the wetlands or the houses. There is a combination of exquisite architecture, nature, and graffiti dressed walls. So cool; so interesting.

Don’t worry. Soon I’ll be in Irvine, back in my car and headed off to chores and the gym and an evening meeting. In other words… back to real life. That’s where once again I’ll fail to be interested in what’s going on because it is all so familiar. But I have a feeling that’s where the most interested seekers discover their insights. Yes, in the familiar and the regular.

You Will Also Become an Interesting Person in Life