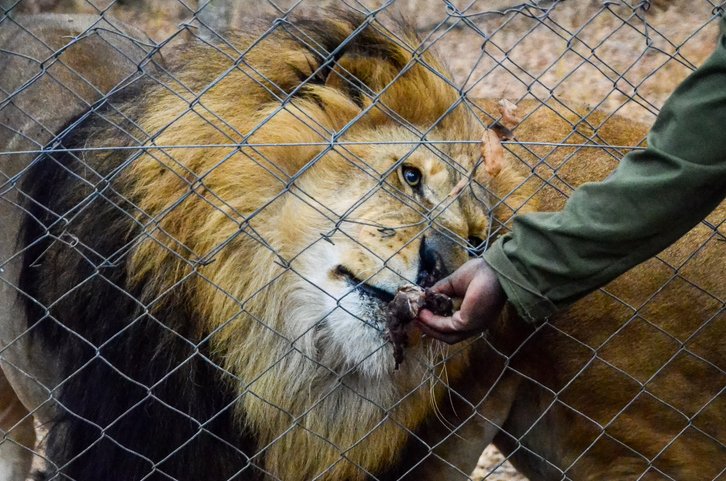 “Our ego was never meant to die, only to be tamed so that its wild energies could be put to better use.” David Richo

A Tale of Two Wolves

One evening, an elderly Cherokee brave told his grandson about a battle that goes on inside everyone.

“My dear one, the battle between two wolves is inside us all. One wolf is evil. It is anger, envy, jealousy, sorrow, regret, greed, arrogance, self-pity, guilt, resentment, inferiority, lies, false pride, superiority and ego.

The other is good. It is joy, peace, love, hope, serenity, humility, kindness, benevolence, empathy, generosity, truth, compassion and faith.”

The grandson thought about it for a moment and then asked his grandfather: “Which wolf wins?”

The old Cherokee replied, “The one you feed.”

Okay. So I know you have either read or heard this story before. Still, it is worthy of reconsideration.

Last week I spent time with a friend, Kamin Samuel, who is a highly sought after business and life coach. In fact, Kamin and I had just produced a podcast titled, Discover Your Zone of Genius. Kamin is a gentle soul… with a ferocious appetite for truth. Even when that truth demands that her clients embark on A Road Less Traveled. And such was to be my experience with my dear friend—a journey on that Road Less Traveled.

It seems that Kamin picked up on a tiny personal statement she read on the ”About Page” of my website. With just five words I wrote, “I believe life is difficult.” No danger, right? After all, I was merely quoting the oft-used sentiments of M. Scott Peck. Kamin took exception to that notion. In our discussion I discovered almost immediately that those five words would cost me hours of ponderous thought.

Kamin’s response to my written words on my About Page was something like, “I don’t see life as difficult at all. In fact, I see life as quite a delicious journey [kinda paraphrased].”

So off we went on a journey of dismantling my self-perceptions regarding life as difficult. It all came down to a matter of triggering. It was important for me to discover the belief in myself that triggered an impression that difficulty and suffering somehow defined how I perceived life, and in doing so how I perceived my essence.

Truthfully I had never thought about my belief in the difficulty of life until I was challenged. I had always assumed it was truism that life is difficult. But as it turns out, to sum up hours and days of thought, I concluded that I was pretty much rehearsing beliefs describing how I felt about myself from early childhood. Thoughts of being “less than.” Thoughts that I have failed to relinquish for seventy years!

Who Do You Feed?

The exact words I was personally rehearsing are unimportant. What matters is: I was feeding the wrong wolf. I was “feeding the beast,” while paying no heed to “the beauty.”

So what about you? Which wolf do you feed? While the beast may be a screaming banshee, it’s sister, the beauty, remains waiting in the wings to embrace you in her fullness. And in doing so, oddly enough, life is no longer quite so difficult.

for Accepting a Debilitating a Version of a False Self

Photo courtesy of ImpalaPhoto at istockphoto