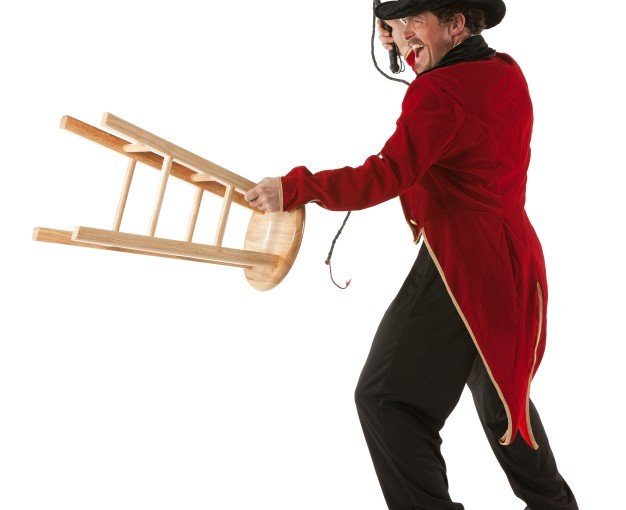 I found this stand alone line (Dreamers should never be tamed) in Paulo Coehlo’s novel, Aleph. Like a sticker on a mirror there was no commentary, just the line and yet it haunted me for hours. In fact, I had to stop reading and start writing.

From early youth, you and I were taught to be dreamers. “What do you want to be when you grow up?” Man, how many times were you asked that question with the expectation that you would give some special answer? But then when you became older your dreaming was discouraged and replaced with “be reasonable.”

DREAMERS MUST BE DARING IN THE FACE OF OPPOSITION

I have a friend that decided he wanted to become a professional golfer at 30 years old. Everyone scoffed and murmured behind his back. He was too old to attempt such a thing, right? I guess not because he paid no attention to them. As it turned out it he did not make the pro circuit. But he lowered his handicap from 25 to becoming a scratch golfer. He can play with the best of them. It would never have happened without that audacious dream.

DREAMERS MUST DEAL WITH DEPRESSION, FEAR, AND A WAVERING CONFIDENCE

I’m a dreamer and for me there ALWAYS comes a point when failure feels more real than accomplishing the dream. It’s a terrible, disheartening and devastating awakening. I think to myself, “I’m not going to make this dream happen. I’m gonna fail.” So I reframe my strategies, and maybe tweak the dream.

Then, depression hits. I feel like an idiot for even thinking I could do this thing. But then this itsy bitsy voice squeaks out, “keep on trying and give it another shot.” Get back on the horse. John Wayne once said something like, “Courage is when you’re scared to death, but you saddle up anyway.”

What about you? Are you a dreamer? Of course you are. We all are. For the last couple of weeks I’ve written about dreams—Turn Your Wishes into Goals, When the End is the Beginning, Make hard core Want-to-Do’s a reality. In fact, I’m sure I’ve written more about Dreaming than any other subject.

THIS AIN’T NO DRESS REHEARSAL—GO FOR IT

Why is that? It’s because I strongly agree with the old saying, “This ain’t no dress rehearsal.” All you know for sure is that you have this one life, one chance, one shot; so “do the hell out of it.” Make it incredible!

Let me tell you a personal story. In fact, I vaguely remember writing about it somewhere—maybe on this blog. Oh well.

When I was an adolescent I was a successful student and athlete. One day I was working on the engine of a car with an influential adult—yea, that gives away my age: I’ve actually opened a hood and tinkered with the engine of a car. Anyway, this influential person was jealous of my success—the reasons are unimportant—but he told me I was horrible at working on cars and that I would never be able to do it on my own. It crushed me and I never forgot it.

When I was 18 I blew up the engine of a VW. (I let it get overheated and ended up warping the heads.) So just to prove the old fart wrong I bought a book on how to disassemble a VW engine and put it back together again. I proceeded to do just that. Tore that SOB apart, had the heads repaired and put it back together again. I did it mostly alone with a little help from a friend. You know what? I fixed it. When I finished putting it back together, it ran. (You can only imagine the two words I had in my head for that old guy.)

You have wishes, wants, and dreams but they may be hiding because you’ve been surrounded by naysayers—people who are paralyzed by fear of failure or loss of face; maybe jealous people. If we let them, naysayers would ruin us all. We’d never try anything new or fun or difficult or even, impossible. We wouldn’t have the Elon Musk’s of the world who plan to plant two feet of someone on Mars before 2025. Now THAT’S an audacious dream, even for a guy who founded Paypal and created the Tesla.

If we let them, naysayers would ruin us all. We’d never try anything new or fun or difficult…

Tim Ferriss says that we should make our “want-to’s” both unreasonable and unrealistic. Then if we don’t make it all the way, we’ve come a lot further than if we “played it safe.” Remember my buddy who wanted to be a professional golfer. He didn’t get that far, but he IS a scratch golfer—one of the top 1% of golfers in the world. Now that’s making a dream come true!!

Okay, Now it’s your turn. Here’s what I’d like you to try. Let’s drop the words dreams or goals and refer to a previous post in which I encouraged you to create lists of what you 1) Want to Do. 2) Want to Have, and 3) Who you Want to Be. Now select one thing on your list, a big one. Don’t be safe. Maybe don’t even be reasonable. Write it down. Then start to do something about it. Maybe it will take 1 or 2 or 3 years. Remember you’re gonna be 3 years older anyway—why not be 3 years older having built on a wild dream and maybe even fully accomplished that dream?

DON’T LET THEM TAME YOUR DREAMS–BE CRAZY, FOR CRYING OUT LOUD

Not only have I had several careers because I bore easily but I’ve lived a handful of very different lives/dreams: I’ve been an awarded athlete, a hippie that hitchhiked coast to coast and back again for 3 months on $200, a Director of a Company, a minister at a church of 12,000, an international business consultant (with no formal education in business), a coach to CEO’s.

I’m not special, I’m crazy. I’m not driven, I’m hungry. I’m not really bored as much as I am curious. My mission statement has gone from one that sounds really cool to one with four words: experience, influence, learn and serve.

I want to experience… uh, everything! I want to learn all I can about, uh… everything. And I want to put it all to use by influencing and serving people on this planet for the good of a really cool kingdom of God.

Let me sum it up. Don’t let others tame your dreams. Be curious and be motivated by a challenge. Here are a few things you can do.

YOU ARE A DREAMER

DON’T LET ANYONE TAME YOUR DREAMS

BE FEARLESS, ESPECIALLY WHEN YOU’RE SCARED TO DEATH

One thought on “Dreamers Should Never Be Tamed”