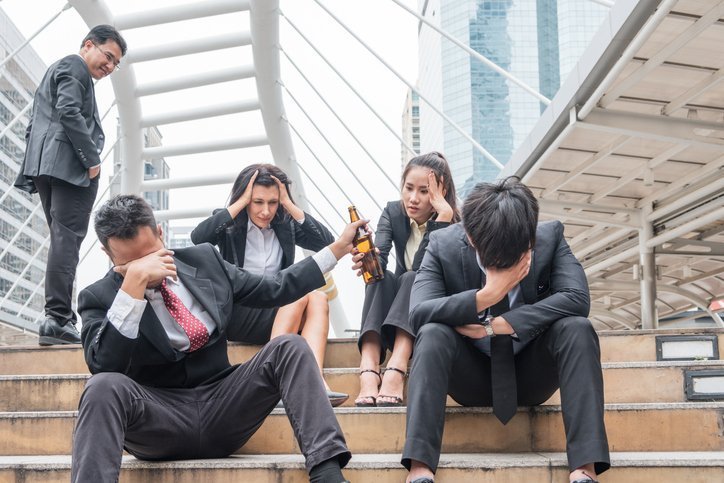 It is often when night looks darkest… when one feels that resurrection of hope in the midst of despair and apathy. Hillary Clinton

I recently did a podcast on the tragedy of apathy both personally and politically. It seems people of all generations are losing confidence in the prosperous and meaningful future to which they have become accustomed.

The result is that many people simply “do not care anymore.” I’ve read that over 50% of people surveyed claimed that they identified as simply uninterested in any religious system at all. And then we are finding a growing number of people that are registering to vote without declaring party affiliation. They are tired of squabbles and divisiveness.

Group organization experts, as well as team building professionals, generally agree that there are four stages to developing a high performing group or team. I see an application of these four steps to the state of our current religious and political apathy. People have become frustrated and discontent with both. Religion seems to have no relevance and politics has no hope. Neither demonstrates signs of improvement. I see the most natural result as twofold (1) A dedicated commitment to one religious or political option, or (2) A reluctant rejection of both because there seems to be no hope for change.

It is with option two (the majority option) that the four stages of group dynamics come into play. Briefly, the stages are, in common vernacular, (1) Forming, (2) Storming, (3) Norming, and (4) Performing. It is the second phase that I write about today, Storming. Before any group succeeds there most generally is a time when the team (read country) fails to agree and enters into conflict. The performance of the group is at its lowest. Oftentimes the group feels as if there is no hope for success until the group changes.

It is at this time that a “sub-group” of likeminded people begins to assume leadership in the group and the dynamics of that group can then transition to Norming, when a consensus seems to emerge. Outliers either quit or are ignored or simply put up with.

It is my hope that the non-committed middle of religion and politics will discover a new foundation upon which they can rest their commitments and concerns. Within Christianity, the only religion I know well, the is most certainly a rising new middle with writers like Richard Rohr, Bar Ehrman and dozens of others. Even Pope Francis is recognizing new ways for the Roman Catholic Church.

As to politics, only time will tell. We are headed for significant change because the radical two-party system is failing terribly. The directions of both the religious and the political are losing interest in the two major systems of all society.

And both lead to apathy. It’s the feeling that I just can no longer tolerate the dogma and behaviors of all the people and organizations involved. Maybe apathy is more about “I have no idea how or desire to contribute” than it is “I simply don’t care.”

Feelings of apathy stem from a sense of impotence. And that is how many people are feeling about religion and politics.

But I believe there is hope for both. May we use this stage of Storming as a catalyst to lead is to a new Norming and even more useful Performing.

Apathy May Be Useful

If It is Used for Improvement

Photo courtesy of Mumemories at istockphoto

2 thoughts on “Apathy: A Key Stage to Growth”