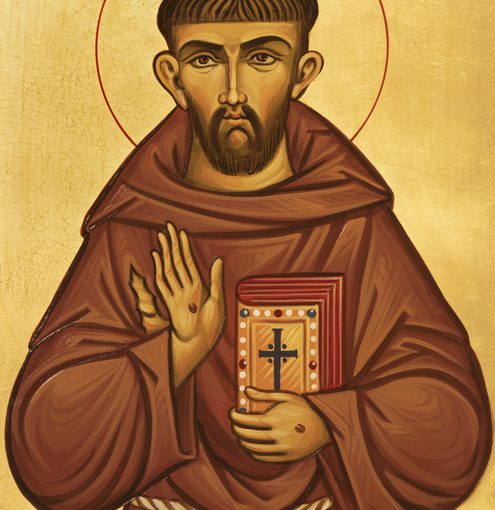 “Who you are is not an absolute… It is a choice.” Rich Litvan

How many times have you heard someone defend themselves with the words, “That’s just the way I am?”

Such a shitty excuse for unacceptable behaviors. But the truth is, most all of us have either said it or felt it ourselves. I think it must be part of our flawed human condition. After all, who wants to “look bad,” or assume responsibility for hurting someone… or whatever other humiliating event that occurs?

I began these thoughts on a plane from London to LAX, after a European vacation where we toured and prayed our way through the more than 1,000-year-old city of Assisi, Italy, home of the renown and oft misunderstood late 12th and early 13th century mystic preacher St Francis.

From Humiliation to Humility

I learned that, in his day, Francis was most known for his commitment to poverty and humility, evidenced by owning only one robe, walking barefoot or with meager sandals, sleeping outside, and begging for food marked his everyday lifestyle. His objective was to serve the poorest of the poor and to follow the word of God, as given to him.

At the time, many residents of Assisi thought him mad. Viewed as a sort of crazy man, he suffered humiliations every day. However, not only did he offer some lame excuse, instead he treated the humiliations as a victory for the development of his character.

So, I wonder about our common behavioral excuse today of being flawed because “it is just the way I am.” What if we were to discover another self, one that fears not humiliation? Francis was successful because of his humiliations which taught him life lessons of renouncing anything that might endanger his unique call to obedience, poverty, and chastity.

When It’s Your Choice

Francis made a “decision” to follow his call. Although he was born into exceeding wealth and honor, he renounced it all for the sake of his call to poverty. And poverty became the calling card for which he was known in his day and in this day as well.

Today we each have a call to develop some habit that will most likely require sacrifice. Except for the “called few,” the Franciscan call is far too much to ask for you and me (especially me). Still, we can decide to be a person of honor; one that gives emotionally as well as physically and financially; one that admits error; and one that places kindness for others above just about everything else.

Going on 1,000 after his death, the habits and choices of St Francis of Assisi still guide us today. May we love all Creation: people and planet. And may we make it a habit to love, with humility, those whom we have the good fortune to serve.

With a Habit of Humility

We Can Become Our True Selves

Photo courtesy of sedmak at istockphoto