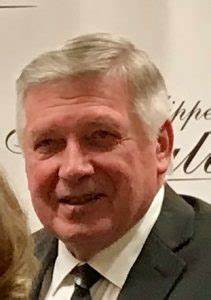 Paul, I am really excited to introduce our listeners to my friend, and philanthropic colleague, Graham Hodgetts. Graham’s possesses an impressive resume as a successful engineer, scientist, entrepreneur, and devoted philanthropist. His Masters Degree in Engineering was earned from Crayton Tech in the UK, where Graham was born.

Now, I first met Graham in 2017 in Uganda where his company was drilling water wells for Wells of Life, the NGO I work with. Graham is the co-founder and president of a company named CEED, an acronym for Christian East African and Equatorial Economic Development Trust.

CEED, headquartered in Pittsburg, PA, operates in East Africa, largely in Uganda, but now expanding to Kenya. The company not only drills water wells as well as manages a 45 acre coffee farm. CEED has drilled more than 200 wells for Wells of Life. But they have drilled more than 350 wells in total serving up to 300,000 residents in rural communities of Africa.

In addition to the above, Graham holds 22 patents and has taken 36 short mission trips to Uganda since 1999. But even more important, like most successful businessmen, I think Graham might have married over his head. Because… his wife, Eileen Enwright Hodgetts, is the author of 27 books on Goodreads and her British murder mystery, Air Raid, was named Best Book of 2019 by Kirkus Reviews.

Well, believe me, I have no doubt that Graham Hodgetts will entertain, educate and inspire us all.

You can reach Graham by email at grahamhodgetts1940@gmail.com